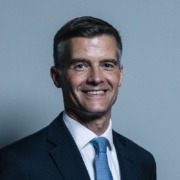 This week, Forest of Dean MP , Mark Harper, used his Facebook column to make clear his opposition to the District Council’s ill-thought-out plan for a new town as their preferred option for the upcoming Local Plan.

Some will already be familiar with the District Council’s mooted plans to build several thousand houses near Churcham.

I know that planning and housing conjures up lots of views, especially over plans such as these, so I thought I would take this opportunity to set out the current situation in the Forest of Dean and the area’s Local Plan for housebuilding.

We find ourselves in a situation where the District Council don’t really need to build several thousand houses near Churcham, on a floodplain and near a busy road junction. Their own planning documents show that we can meet the housing targets through a combination of existing settlement expansion and by developing the site at Beachley to be vacated by the MoD within the next decade.

In order for the Beachley plans to work, my neighbouring MP David TC Davies and I continue to make the case for a Chepstow bypass in order to fix the congestion at the English-Welsh border. You can’t build more houses at Beachley without dealing with the traffic situation. Central Government sets targets on how many extra houses each area needs, based on, amongst other things, Office for National Statistics figures on population growth. It was the case for a couple of months in 2020 that a ‘mutant algorithm’ might force the District Council to build many more houses each year than usual. Plainly, this would not do. In the end, this did not come to pass thanks to pressure put on the Government by over 70 Conservative MPs, myself included. I am glad that they listened.

This means that the District Council are now only being asked to build a similar number of houses as they have been for the last few years. Had that ‘mutant algorithm’ come to pass, the District Council could have reasonably blamed the Government for forcing them to build lots more houses than our area could cope with, resulting in the kind of strange plan at Churcham. However, thanks to the work of my colleagues and I to get the algorithm dropped, the District Council no longer have that excuse and cannot pass the buck to anyone else.

My own view on planning has always been consistent: new housing should be in keeping with the surrounding area, both in scale and style, and any significant new settlements should be targeted at already developed brownfield sites. The recent suggestion by the District Council of building several thousand houses in the vicinity of the A48/A40, close to Churcham, doesn’t seem to pass that entirely reasonable test. This is especially true given the significant traffic congestion which frequently occurs at the A40/A48 junction.

So, that’s where we are at the moment.
As we approach important local elections on 6 May, it is important to bear in mind that the District Council’s planning policy is run by the Green Party.
It’s a reminder of what you get if your local Councillors aren’t Conservatives. 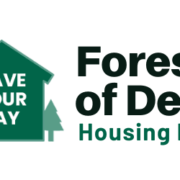 This communication group comprises the parish councils of Churcham, Highnam, Huntley, Minsterworth, Westbury and Blaisdon. We have after our initial meeting reached out to the FODDC and had a constructive meeting with councillors and the planning department. A major outcome of the meeting is a willingness by the FODDC to continue dialogue as we move through the consultation process and beyond.

To help and guide the parishes through the interaction with the FODDC we have engaged a planning consultancy, this initial engagement and report is funded jointly by the six parish councils.

Initial scope of the response will include:-

The report is being formulated at the moment, we will be contacting the FODDC for another meeting shortly so they can provide more information as we develop the consultation response. 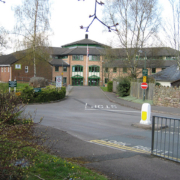 We wanted to provide a quick update on the progress we have been making regarding our
challenge to the District Council’s Preferred Strategy.

We have now formed a communications group to ensure that we keep a clear and consistent
message across the Parishes. We will be working very closely with the cross-Parish strategy
team which consists of Highnam, Minsterworth, Westbury, Huntley and Churcham Parish
Councils.

We have put together a strategy to ensure we inform everyone in the Forest of Dean District
about the consultation process, and to share how everyone can have their say! We will also be
continually sharing news and keeping everyone up-to-date with the ongoing process.
Below are the communications methods we are focusing on:

We also have our website as the main repository for all up to date information;
https://forestofdeanhousing.org.uk 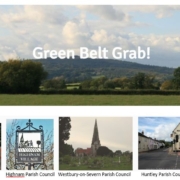 “I watched the FODDC Viability Assessment meeting and it is really stark in its findings for the Forest.
One major finding is the lack of viability of the Forest towns to be developed, due to financial restraints.
“This really condemns the forest towns to a slow decline into deprivation and obscurity.  Whilst a large development will be financially viable to developers in clear detriment to the existing Forest towns” – John Francis, Chair of Churcham Parish Council on FODDC Local Plan Economic Viability Assessment by Simon Drummond-Hay. (See attached)

As part of the District Council’s Local Plan 2021-2041 outlining development needs across the District, an Economic Viability Assessment of the area has been completed.

Its conclusions present the latest blow to our communities’ futures.

Unless challenged, this Local Plan threatens to leave our towns to rot – while promoting unwanted new settlements on greenfield sites.

The Assessment states that investing in housing, businesses and infrastructure on brownfield sites across Forest towns is economically unviable for developers.

Analysis has shown, however, that there is enough brownfield land to meet the District’s housing quota.

Existing homes and villages are deemed unattractive and unworthy of improvement by this report, in favour of profit-hungry developers’ new builds.

Instead, Councillors are steaming ahead with their plans to build a new 4,000 house town on the cusp of the Tewkesbury-Forest Districts, across swathes of greenfield land.

This new settlement will funnel inhabitants straight into Gloucester, from the proposed site in Churcham, providing residents with little incentive to visit, work or invest in what will become our forgotten Forest towns.

It begs the question – why are our Councillors determined to help developers create (and profit from) Gloucester’s next urban conurbation, while happily consigning our towns and businesses to decline and decay?

A damning indictment on our Council’s commitment to the future of our communities?

Alarmed by our Council’s lack of faith in the potential of our towns and communities?

Distressed that our young generation will be forced to leave their home towns and relocate for want of what-could-have-been thriving local employment, businesses, social hubs and infrastructure?

Frustrated that our Councillors are turning a blind eye to brownfield potential, and betraying our interests, in favour of lining the housing developers’ pocket?

Do not leave it too late to comment on these plans – Have Your Say!

The District Council’s formal consultation period for these plans are LIVE now for a limited time!

Express your views to District Councillors about the overall housing and infrastructure Local Plan, before the 29th January 2021 here:

To learn more and sign the petition to challenge the Local Plan to promote investment across the whole of the FoD District, please visit:

Last Thursday, October 15th, the Forest of Dean District’s Full Council narrowly approved the strategy likely to create a large development between the A40 and the A48.

Amendments to reflect on and revisit the strategy were voted down by the councillors in a very close vote.

We now have eight weeks to enter into a consultation period. Due to Covid we cannot meet to support/discuss/or oppose this madness.

Our only tool is social media and individual representation, so please:

In the parish council, we will engage with the consultation process and keep you all updated.

On October 8th, the Cabinet of the Forest of Dean District Council approved a new settlement as the preferred option for the housing plan for the district. This preferred option is to site 4000 houses between the A40 and A48 in the parish of Churcham. The extent of this development if approved will cover an area of 470 acres. The parish council have not been consulted on the strategy and are against a development of this size in the parish. indeed it will change our rural community into a urban one.

Also the traffic this development will generate will be disabling for the parish and cause major problems on our road network. We have no details or been consulted over this, we don’t know where it is being sited or what landowners are being affected.

Forest of Dean have a further meeting on the 15th October 2020 to put forward the strategy to the planning committee, if approved there will be an 8 week consultation period where the parish council and parish can then express our views. It seems perverse that a strategy to site a development of this size in our community is being taken and us the residents only have a chance to comment after the strategy is decided!!!

Got it!
X
Scroll to top